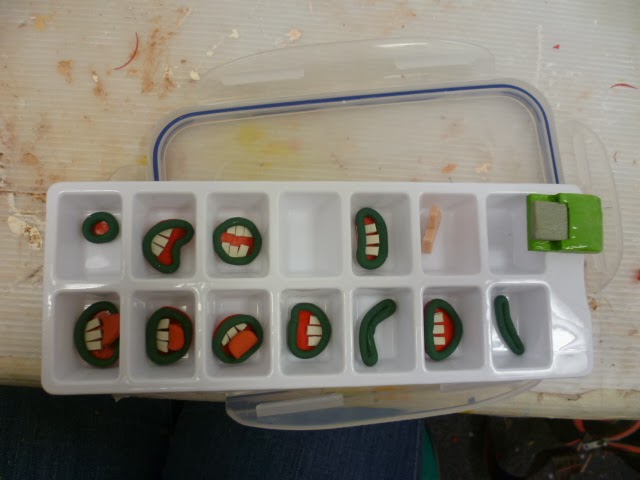 These are the replaceable Plasticine mouths I made. I had intended to connect them to the head using k&s but decided that it would be too fiddly. I decided instead to place a tiny magnet on the back of each mouth and one on the head itself. 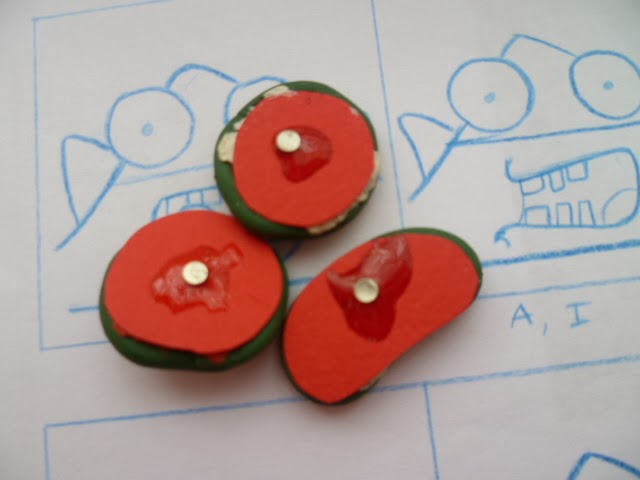 The back of the mouth pieces. I glued the magnets slightly above center to stop them from spinning when I attached them to the puppet. 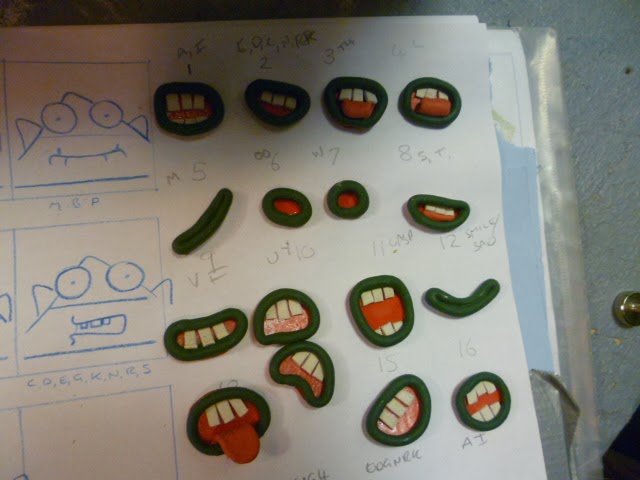 Once I started filming the lip sync I decided to remake a few of the mouths to improve the animation. I make sixteen mouths in total though I only used about ten of them.
Posted by Unknown at 14:03