My main character Pip has a beetle shell as part of his costume. I made a shell from a mixture of balsa wood, Milliput and super sculpy firm which I had intended to paint and then glue directly to the puppet. I though that with constant touching and movement that it might break.

I eventually decided to make a resin copy of the shell which would be both stronger and lighter than the original sculpt. 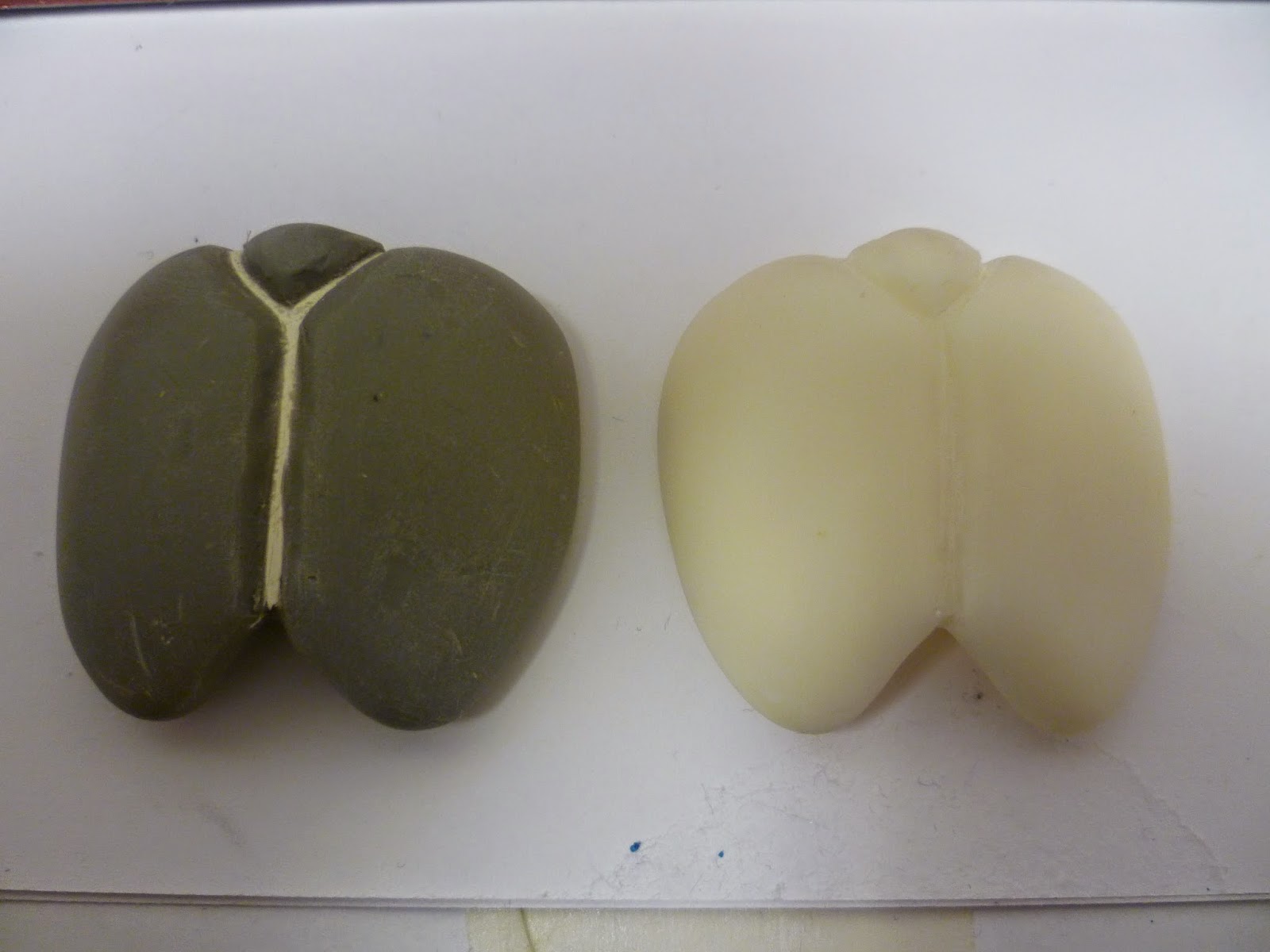 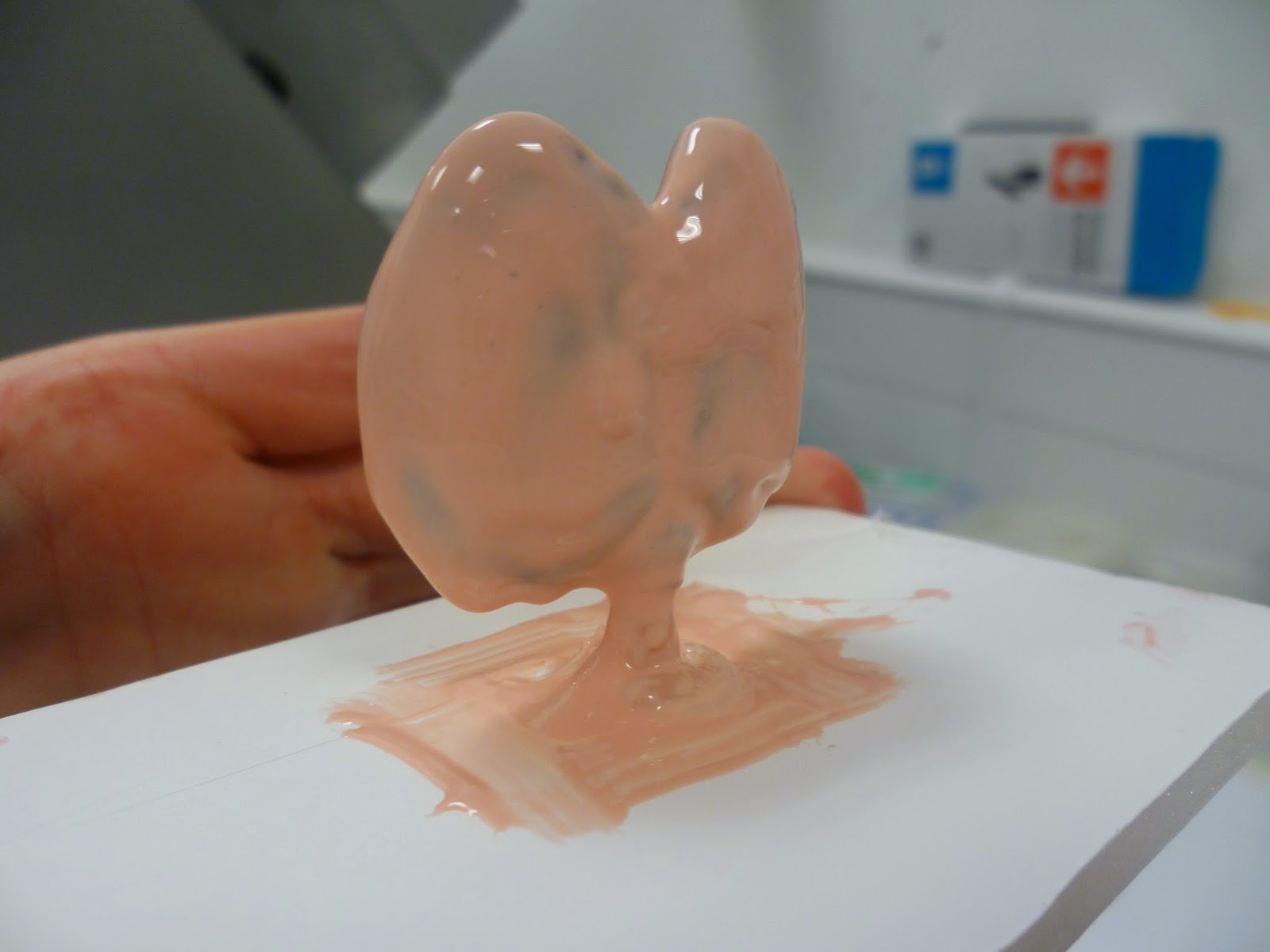 I began by gluing a pour spout (pen lid) to the sculpt with some hot glue and sticking everything to to a board. I then painted a layer of mold making silicon directly on to the sculpt and allowed it to dry. This layer of silicon will prevent air bubbles forming on the sculpt. 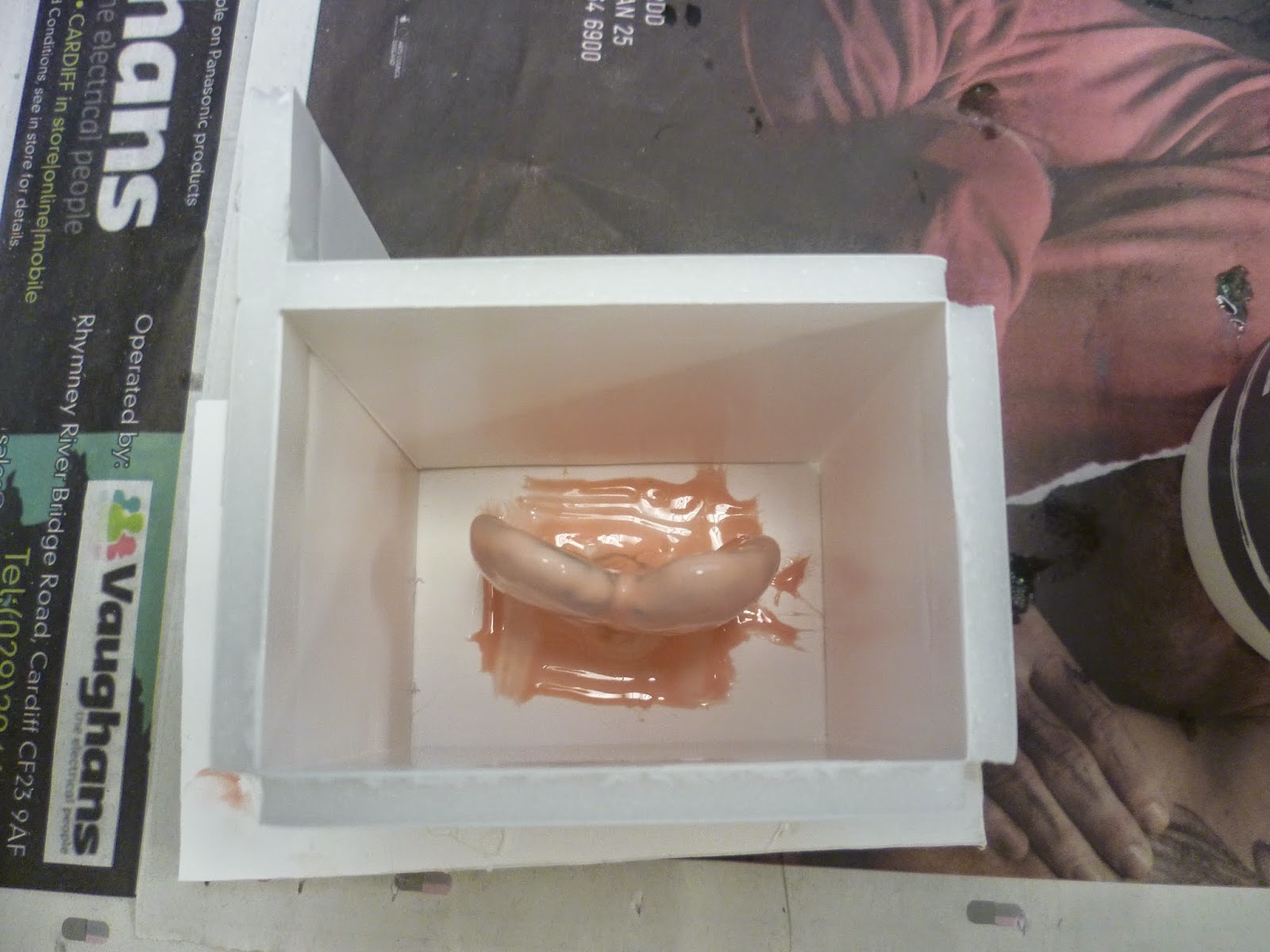 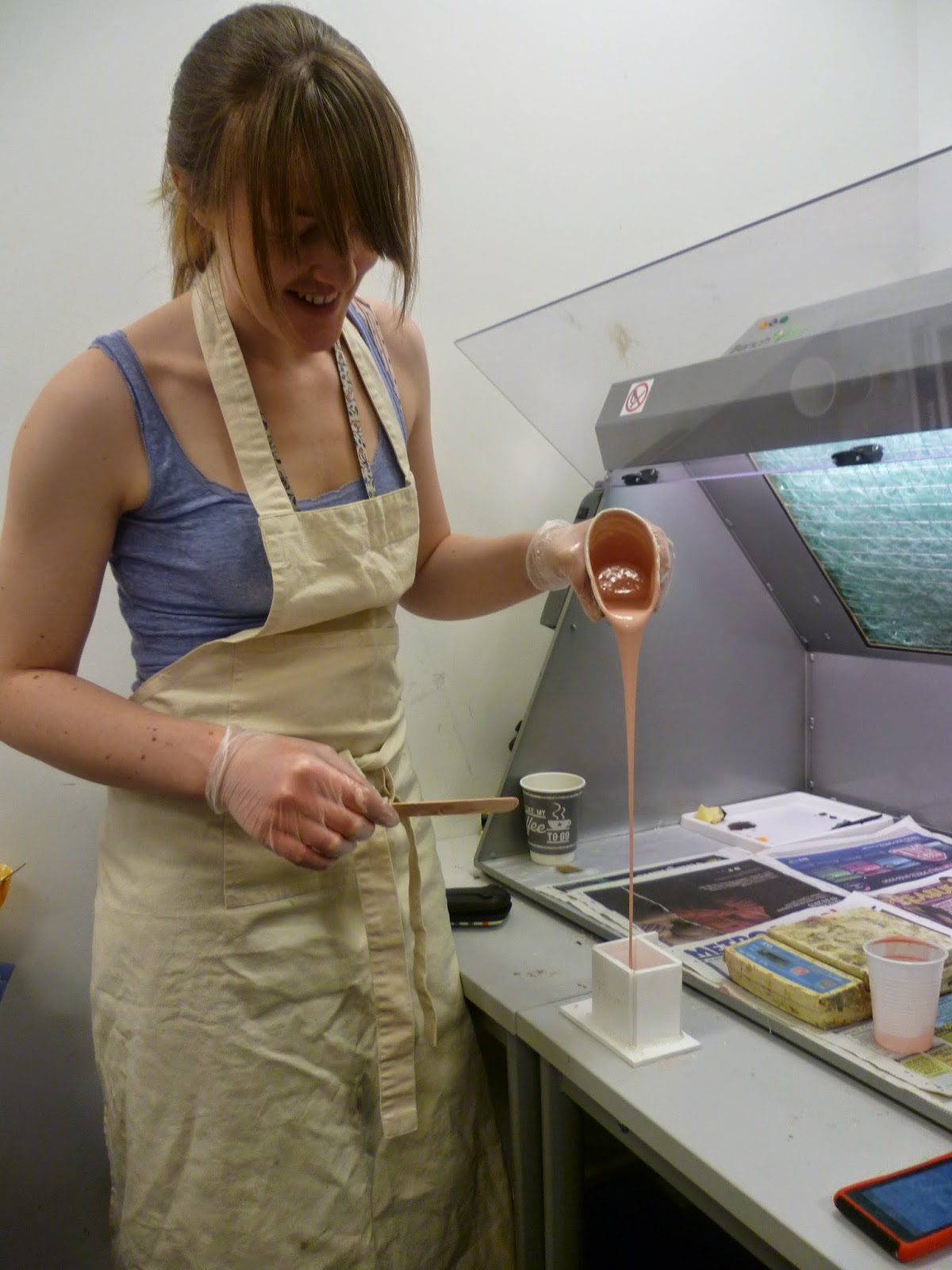 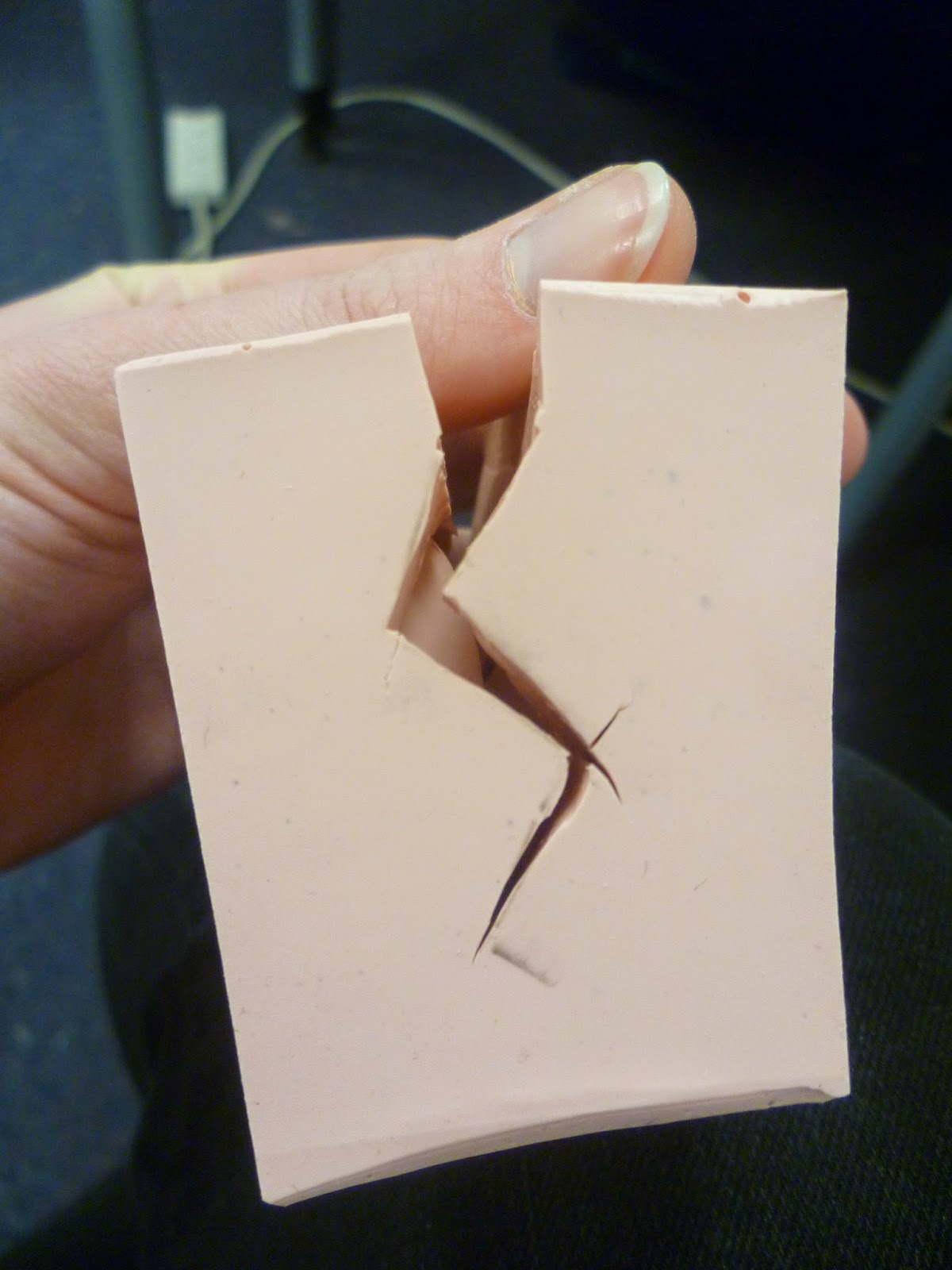 I allowed the silicon to set over night before removing the box and slashing open the mold. Cutting in a zig-zag pattern helps the mold key together when you re-seal it later on.

I then used elastic bands to hold the mold together before pouring in the Fast Cast Resin.